To our valued customers:

We have been continually monitoring the situation regarding the COVID-19 crisis, and we have been adapting our business practices on an ongoing basis. We are still open and providing airport ground transportation to/from the major airports from Toronto Pearson/All FBO's, Billy Bishop/City Centre Airport, Hamilton Airport, London Airport, Buffalo Airport and Niagara International Airport. We are also providing all Point to Point services. All of our vehicles are being cleaned and sanitized frequently throughout the day and after each trip in order to ensure a clean and safe environment. All of our vehicles are equipped with Hand Sanitizers and Disinfecting Wipes.

Due to the exceptional disruptions in travel arrangements caused by the COVID-19 Pandemic we are experiencing higher than usual call volumes. All of this comes at a time when we are balancing staff shortages and work from home arrangements for call centre staff. We strongly encourage you to use email (info@torontotowncar.com) and/or the Quick Enquiry form on our website as the primary method of communication for FASTER and IMMEDIATE response as calls may not always be answered. We will do our best to return all voicemail messages at the earliest but once again encourage you to email us for faster and immediate reply.

We ask for your patience and understanding while we navigate through these challenging times.

Save yourself the time and frustration over driving to/from the Airport.. rent a limo for a flat rate!

Learn more about our Toronto Airport service and pick-up procedure.

Learn more about our Buffalo Airport service and pick-up procedure.

Rates shown represent the "one-way" cost "per vehicle" to/from the airport for North York, Ontario. Rates quoted are for the vehicle not the number of passengers.

The quickest way from A to B is in one of our limousines! No joke.

We pride ourselves in having a fleet of clean, modern and reliable vehicles.

On special requests we can get even bigger vehicles.. like Mini Buses or Coach Buses.. just ask us.

We offer a variety of Hourly service for special occasions in and around North York:

Have something specific in mind? Need more info on rates? Send us a quick message or call and we will quickly respond.

North York is a suburban district in Toronto, Ontario, Canada. It is located directly north of Old Toronto, between Etobicoke to the west and Scarborough to the east. As of the 2011 Census, it had a population of 655,913. It was first created as a township in 1922 out of the northern part of the former city of York, a municipality that was located along the western border of Old Toronto. Following its inclusion in Metropolitan Toronto in 1954, it was one of the fastest growing parts of the region due to its proximity to Old Toronto. It was declared a borough in 1967, and later became a city in 1979, attracting high-density residences, rapid transit, and a number of corporate headquarters in North York City Centre, its central business district. In 1998, North York was amalgamated with the rest of Metropolitan Toronto to form the new city of Toronto, and has since been a secondary economic hub outside Downtown Toronto. 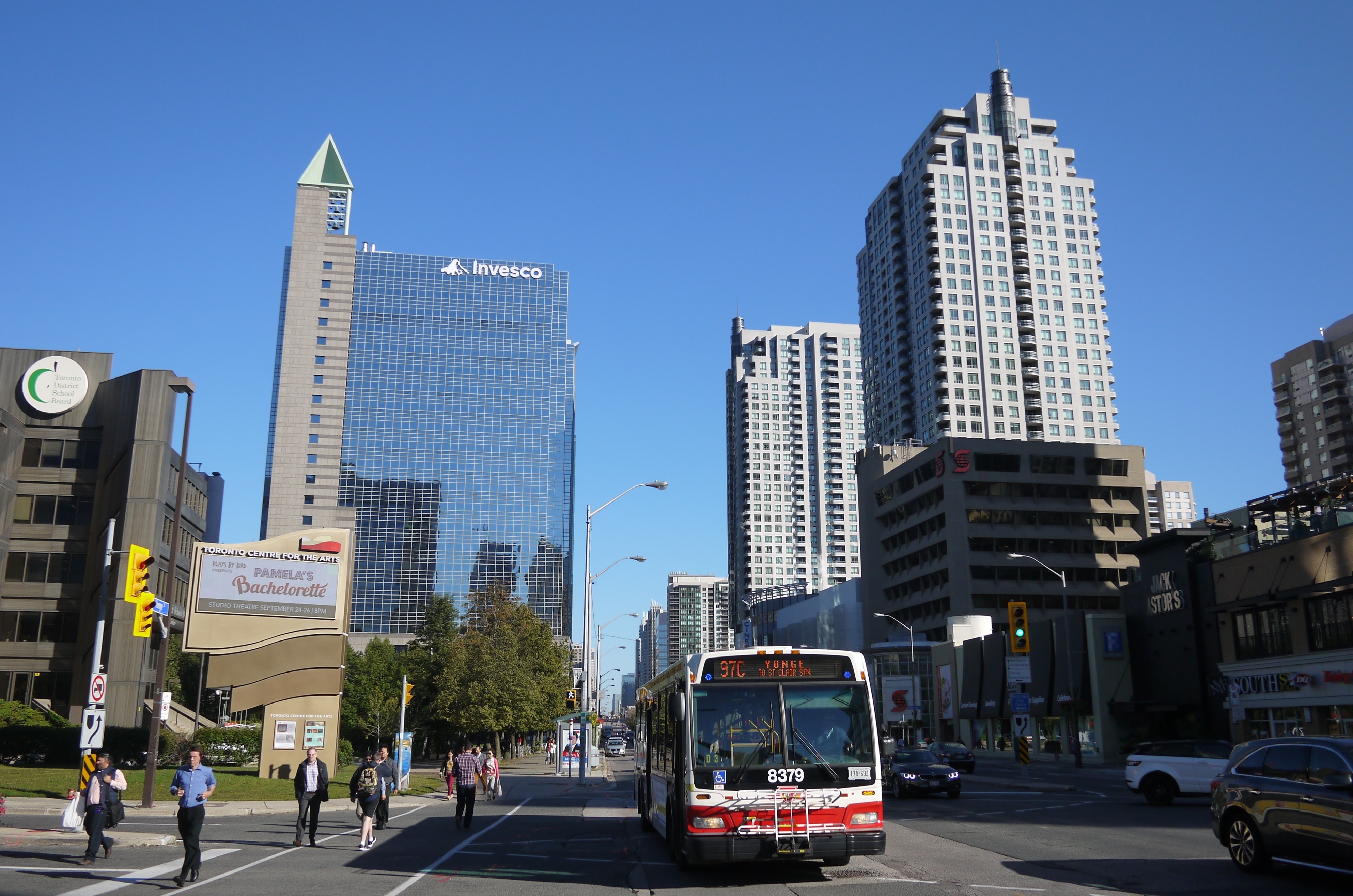 I have ridden with Toronto Town Car to and from the Buffalo Airport and enjoyed the journey very much. My driver, John, is like an old friend. Very easy to talk to.

Used our services recently? — Tell us how we did...